At Greene Broillet & Wheeler, our seasoned team of professionals have over 100 years of combined legal experience handling complex legal matters. 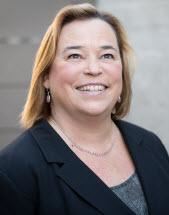 NEW PORT RICHEY, FL — As co-lead trial counsel, Christine Spagnoli obtained a $25.9 million jury verdict against Ford Motor Company and the First Baptist Church of New Port Richey for the wrongful death of a 44-year-old wife and mother of four.

Michalanne Salliotte died on February 21, 2014 when a church van full of people heading to a youth camp in Georgia crashed in North Florida. Two people, including Salliotte, died and eight other people suffered injuries. While heading north on Interstate 75 in Lake City, the tread separated from the left rear tire, causing the 2002 E-350 Ford to rollover, ejecting four people.

Salliotte’s surviving husband, Jeff, and their four children sued Ford for defectively designing its vehicle with an extra row of seats without dual rear tires, making the van unstable and susceptible to loss of control. 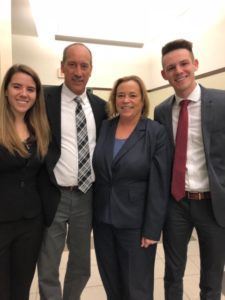 Michalanne, who was unbelted, was ejected in the rollover. The plaintiffs successfully argued that the seatbelts were defectively designed and were inaccessible because the buckles fell under the bench seats. The attorneys also argued that the First Baptist Church negligently maintained the van and had a responsibility to ensure that the seatbelts were accessible to van occupants.

On March 15, 2018, a Pasco County Florida jury returned the verdict against the defendants, determining that Ford put the E350 Passenger Van on the market with faulty seat belts and a defective rear-wheel bustleback design.