We are very happy to announce that Jody Schloss, a former client of Greene Broillet & Wheeler, LLP, is set to compete at the Tokyo 2020 Paralympic Games as part of Team Canada’s equestrian team, as reported by CBC.

Jody’s coach described her as one to watch in Tokyo due to her tenacity. And tenacious she is, indeed: Within 8 years of sustaining a severe brain injury that left her in a wheelchair and affected her speech, Jody was back on a horse. In fact, she used her love of horses as motivation to heal.

“The physios all said they could tell when I was riding because my core was so strong,” she told CBC.

Now, feeling more prepared than ever before, Jody and her beloved horse Lieutenant Lobin will go for gold in Tokyo.

“If I can focus on being the best I can be, then a medal is possible,” Jody told CBC reporters.

We at Greene Broillet & Wheeler, LLP have stayed in touch with Jody since we represented her in a vehicle rollover accident case 20 years ago.

The accident itself took place in 1996, a few years before trial. Jody and her friend were driving a 1991 Geo Tracker—a small, short wheel-base sport utility vehicle equipped with a convertible top—down a two-lane paved highway. They were going the speed limit and wearing seat belts. There were wind gusts between 26 and 36 miles per hour; at some point, the Geo Tracker veered to the right shoulder of the road then back to the left, where it slid sideways and ultimately overturned due to tire friction.

The lawsuit alleged that defects in the design of the Geo Tracker led to the accident and, therefore, Jody’s resulting injuries. Attorneys Christine D. Spagnoli and Browne Greene were very proud to advocate for Jody and her friend’s parents against General Motors and Suzuki Motor Corporation. These GBW attorneys settled the trial, which was set to begin on 9/11, shortly after it began. We are truly ecstatic to see Jody at the Tokyo 2020 Paralympic Games, and we wish her all the best in competition!

At Greene Broillet & Wheeler, LLP, we genuinely care about our clients. That’s why we put our all into advocating for them, forming attorney-client relationships that last years. Call (866) 634-4525 to speak with a compassionate Los Angeles trial lawyer. 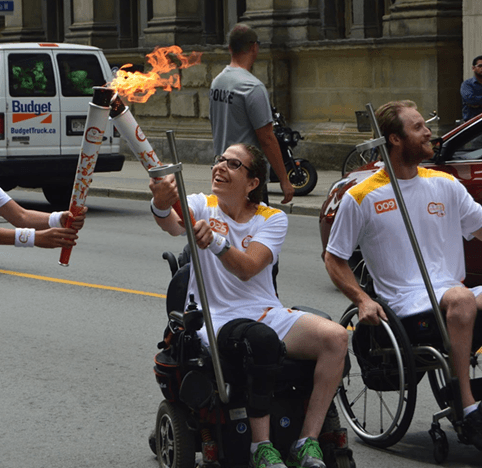