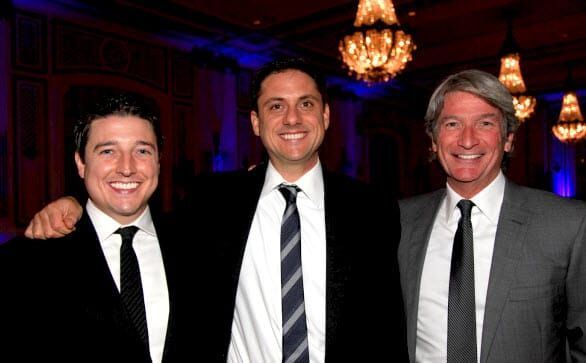 Santa Monica, Ca. (April 27, 2015) – Today The Recorder awarded plaintiff attorney Mark Quigley, a partner with the firm Greene Broillet & Wheeler, LLP, its honorary title of “Giant Slayer” for 2015. The award recognizes the standout results of a lead lawyer who won big against a larger, better-resourced opponent.

The award-winning case involved a whistleblower-retaliation lawsuit that triggered a contentious battle between the chairman of UCLA’s orthopedic surgery department and one of the state’s most powerful and influential organizations, The Regents of The University of California. The plaintiff, Dr. Robert Pedowitz uncovered and exposed evidence of corruption and cover-up at one of the nation’s most prestigious medical schools, UCLA David Geffen School of Medicine.

2009. Shortly after starting his job, Dr. Pedowitz witnessed apparent conflicts of interest by fellow surgeons and senior university officials. When he courageously spoke out about his colleagues receiving financial kickbacks from medical-device makers, Dr. Pedowitz faced retaliation for coming forward.

Mr. Quigley knew when he took this case that he had an impressive client who refused to cave to the pressures of a massive state agency and major medical institution. Less than a year after becoming chairman, the faculty banded together and ousted Dr. Pedowitz, which was directly motivated by his disclosure of these improper governmental activities. However, the defense attempted to smear Dr. Pedowitz’s reputation by falsely accusing him of having anger management issues, poor management skills and involvement in discrimination lawsuits.

By using the California Public Records Act, Mr. Quigley and his team were able to obtain documents, which refuted the false accusations made by UCLA. Mr. Quigley was able to use those records in court to prove there was no evidence to support UCLA’s claims against Dr. Pedowitz. The trial lasted eight-weeks in which 67 witnesses testified. On the day of closing arguments, the UC Regents agreed to a $10 million settlement, which included a written apology to Dr. Pedowtiz.

Consumer advocacy groups are now pushing for the State Attorney General to investigate this case further based on the serious nature of Dr. Pedowitz’s allegations and the large settlement. This case exemplifies how highly skilled and determined trial lawyers can help promote meaningful change in the medical community that will improve healthcare for all patients.

Greene Broillet & Wheeler, LLP is a plaintiffs firm dedicated to fighting for the rights of injured consumers across California to improve public safety and demand accountability.